The following message is important for those registered with AGAM.
For the members of Five Winds, the situation is unchanged.

AsiaTrade has various companies and Agam will be added as a separate holding to the structure.
This Due Diligence, as well as the signing of all contracts and the relocation of the company (including all accounts) from Cape Verde to Hong Kong, will take about 3-6 months. Agam can't trade during those months and therefore financial transactions will be suspended for that period. 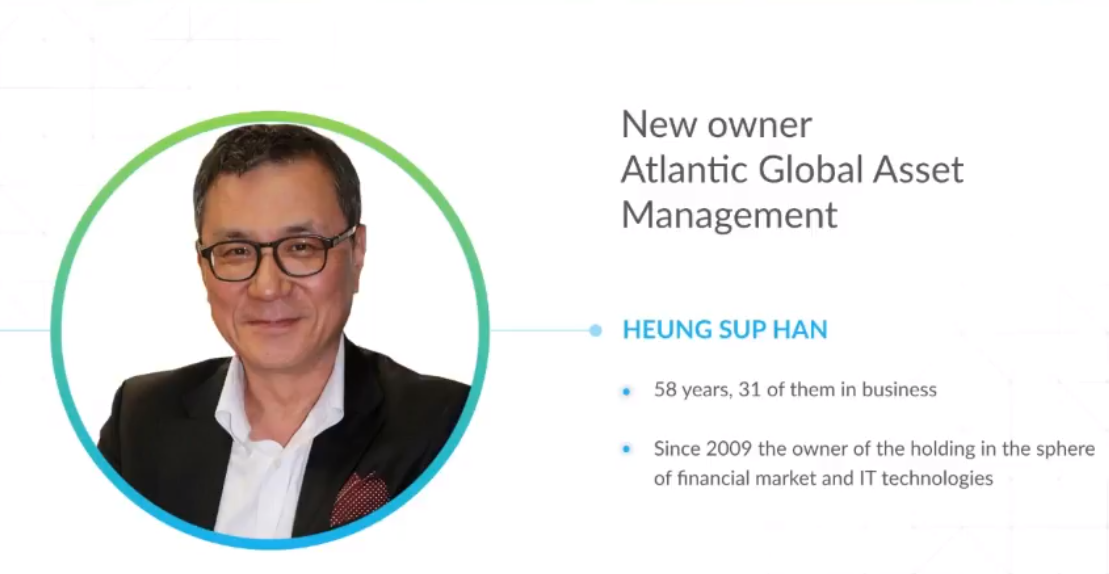 The new owner of Agam is Heung Sup Han, former Director General Motors, and owner/ founder of some computer and IT technology companies.

AsiaTrade has studied Agam and concluded that the ready-made business does not have to change radically, but they continue on the course and strategy used by the former owner. That's positive!
After the acquisition, the staff will be expanded and they will prepare themselves for an ICO.

Questra World
The marketing company Questra World will also have to sign new contracts.
Both parties will carry out an audit and review and need to approve new working conditions. The work in the offices will also be suspended temporarily.

Until then, Questra will not be able to train new directors (from level 6), and a new format will now be created.
It appears that from 1 December a.s., 6 specialists are appointed to provide online 4-day training. This team specializes in Sales, Management, Marketing, Motivation and more.
Whether these pieces of training will replace personal visits is not clear at this time.
The training is given on all working days except Wednesday.

For the same reason, the planned conference in Dubai is postponed until January 23rd, and of course, all costs incurred by participants are compensated.

Five Winds
Unfortunately, there was no announcement about Five Winds during this online conference.
Since Five Winds is trading in traditional stock exchanges and IPOs and is an independent company, it will not be taken over by AsiaTrade, as it mainly deals with cryptocurrency, blockchain and Fintech technologies.

We will say No News is Good News, so, for the time being, we still assume that external financial transactions are possible once all payment options have been implemented.

Advice
From the above, it turns out that financial transactions can be suspended (temporary), whether for a good or bad reason. Therefore, we recommend investing in various programs, which will not cause you to get into trouble immediately if an income (temporary) expires.